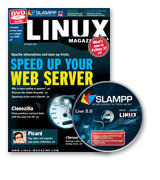 Today I am very pleased to let you know that SLAMPP 2.0 will be published on the Linux Magazine Issue #107, October 2009. Actually I already got this good news two weeks ago from Hans-Jorg, the product manager of that magazine. But, just to be in the safe side, I have postponed the announcement until today.

Of course it becomes a great honor to me that people at Linux Magazine have shown their interest and appreciation on SLAMPP.  It is surely something that I never imagine before that this project will be on the cover DVD of such popular Linux magazine in the world. Even they also helped me in creating a new variant for SLAMPP’s logo (Thanks to Judith Erb at Linux New Media AG). Having said that, I am pIanning to incorporate the new logo in the next release of SLAMPP. We will see how it goes. WOW! It feels so good, dude!

Once again, thanks so much, Linux Magazine. Your support to SLAMPP is priceless. 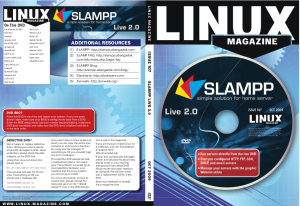 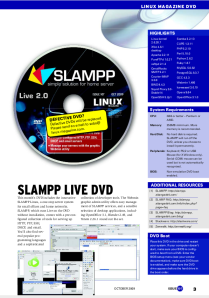 Have fun using SLAMPP as much as I do and thank you all for your appreciation!

I just received a copy of Linux Magazine issue #107 today. It was a great publication. Thanks Hans!

(a) a Digital Product and Technology executive, experienced in building and managing digital product with co-located and geographically distributed teams

Here is what I can do for you, https://kyantonius.com/services/

Do you want to work with me or hire me? You can reach me here.

Managed by Kemas Antonius since 2002.

This is a personal blog, written in English, Indonesian and sometimes also in Dutch/Flemish. All opinions expressed in this blog are the author’s own and do not necessarily represent the official view of my employer or my clients.

Disclaimer: Certain links, including hypertext links, in my blog will take you outside my blog. Links are provided for your convenience and inclusion of any link does not imply endorsement or approval of the linked site, its operator or its content. I am NOT responsible for the content of any website outside of my blog. Comments posted on this blog belong to their respectively poster. I NEVER send the visitors or users of this blog any unsolicited emails or infringe their privacy. Say NO to phishing and spams!